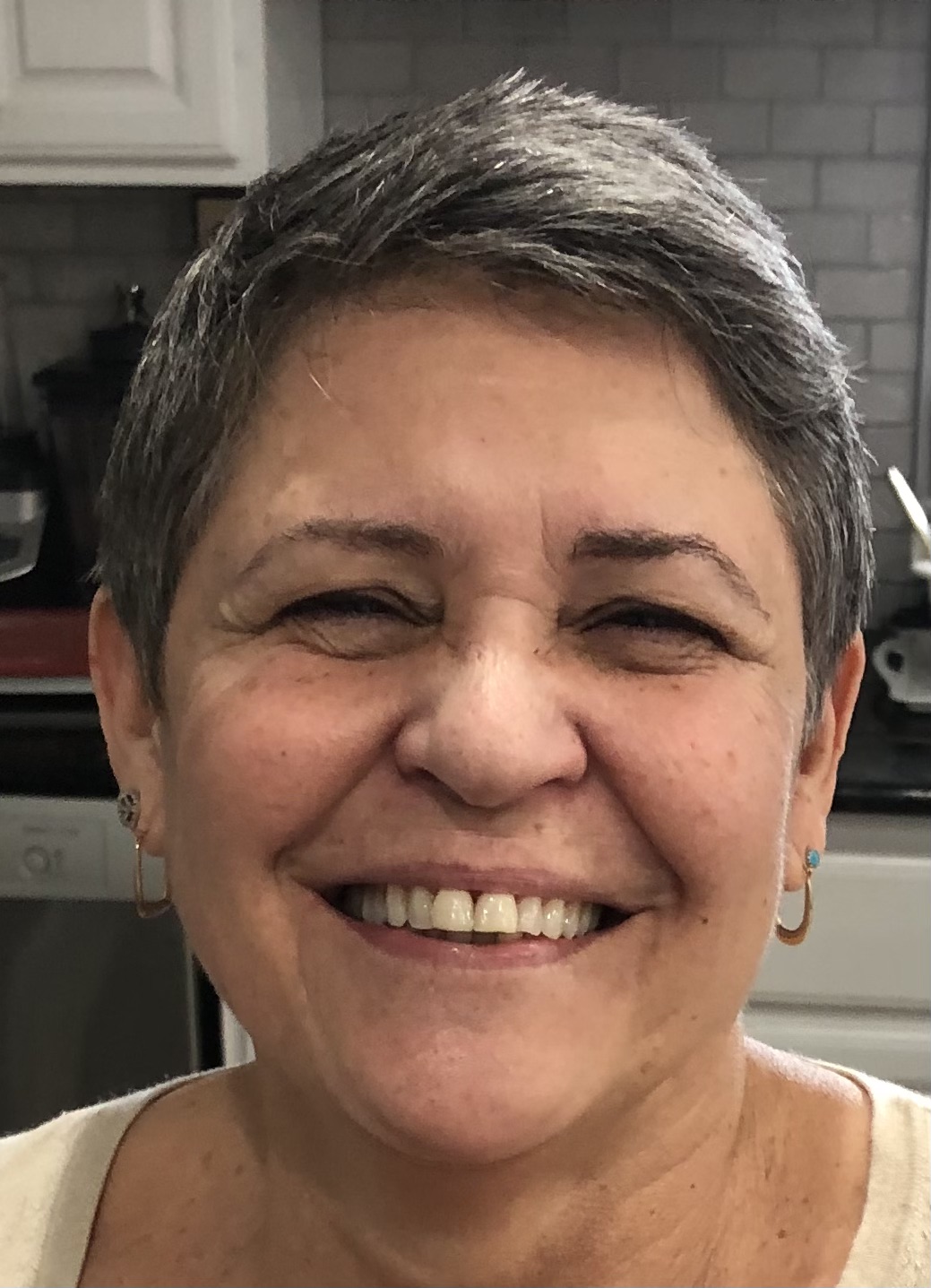 I am the 7th of 8 children. My family left the Bronx and moved to the suburbs when I was 4 years old.  I was not yet 5 when I entered kindergarten and since my parents only spoke Spanish at home I spoke very little English. Yet having 6 older siblings at home and attending school where I was taught exclusively in English, I learned quickly to master the English language.

Unfortunately, I did not live in a diverse community. Growing up in Patchogue, Long Island.  I never really felt like I belonged. My mother referred to our neighbors as Los Americanos and we were never included in that group. I didn’t even realize I was an American Latina until my senior year when I represented my high school and the United States as an exchange student in Colombia, S.A. To my surprise I was called “La Gringa” when I was there. That was a real eye opener for me.

My husband and I moved to Maplewood with our two sons, Joaquin and Ezequiel in 1985. My husband Don’s family had moved here in ‘69 so he was just moving back home. When we first moved here Maplewood and South Orange were not the diverse communities they strive to be today. There were frequent and overtly racist incidents in both towns against African Americans, Jews, other people of color, and newly arrived immigrants. In 1991 a diverse group of us living in both towns decided to take action against the racism. For many years the Maplewood and South Orange communities scheduled celebrations recognizing our diversity and some of the organizations formed began to address access and equity issues in our schools and in our government. It was through most of these efforts that the stage was set for where we are today. Change came slowly, but it came.

I served on the South Orange Maplewood Board of Education for nine years, from 1991 to 2000.   Throughout my years of service I pushed for the elimination of grouping or tracking practices. I also continued to advocate for inclusion, access and equity in all educational and extracurricular activities throughout all grade levels for all students in our schools and also advocated for the need to train our staff on cultural and racial diversity.

The South Orange Maplewood Community Coalition on Race got its charter in 1997. I was asked to join as a trustee in 2005. The Community Coalition addresses issues of race that no other communities even admit exist. We are committed to “building and sustaining a community that is intentionally racially, culturally, and socially integrated and truly inclusive, where there is equity and equality for all.” We facilitate honest but challenging dialogue between different racial groups after all educational and public forums we sponsor. We advocate for inclusion of underrepresented or marginalized groups on all government and civic boards. We have also increased efforts to attract and encourage in-movers from these racial groups, including Latinos and the AAPI community.

The Coalition’s Schools Committee, of which I am a member, continues to focus efforts on the elimination of the achievement gap.  Our attention focuses on enrollment patterns, integration in all classrooms, and on all access and equity issues.  We continuously encourage the school district administration to provide for cultural competency and anti-bias education for all new and returning staff.

As a Puerto Rican, I always felt a bit like an outsider, even when serving on some of the boards I have been invited to serve on.  Sometimes I felt my motivations were questioned or misunderstood. I have never felt this way while serving on the South Orange Maplewood Community Coalition on Race. At the Coalition we genuinely make an effort to understand each other’s motives and opinions.  I don’t feel like it’s a struggle to be heard or understood.  My opinions are respected and often my ideas are embraced.