As part of a new monthly series, Kelly Quirk, Chair of the Board, will interview trustees about their experiences in the community, as part of the Coalition, and why they chose South Orange and Maplewood. This month Kelly interviews David Harris, Trustee of the Coalition, and South Orange resident, who has lived in the community for over 30 years. 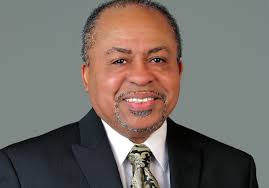 Kelly: What got you started volunteering for the Coalition and what motivated you to join the board?

David: I might have volunteered earlier. But I didn't apply to join the board until 2014 at Audrey Rowe’s suggestion. I knew about the Coalition's work since I've been here. And I considered the Coalition responsible, in large part, for stopping the Maplewood police racially profiling. That was important to me because the police stopped my son frequently, even before he was old enough to drive; when he was walking the dog, and on his bicycle, to ask if he was from Irvington. After he began driving, (and we had moved to South Orange) the stops by the Maplewood seemed constant, so he just avoided Maplewood after dark.

Kelly: Can you talk a little bit about what you do in your volunteer time with the coalition?

David: Helping to organize Conversations on Race, helping with the Black History Programs, and primarily, creating, with a couple of other people, the Coffee House Discussions and managing that program for the last three years or four years.

Kelly: So of all of those things or just in general, what are you the proudest about in terms of the work of the Coalition?

David: I think that the work that the Coalition has done with the schools. I think in terms of ending tracking has been a long, hard, bitter fight at times, and the Coalition has just remained steadfast. And I think has moved us from a position that was untenable, to now we can see, I think some real progress, although there's a long, long way to go.

Kelly: That sort of bleeds into my next question, which is where do you continue to see real needs and real struggles related to race in our communities? Both that the coalition can work to address, and that other bodies or institutions need to work to address?

David: Well, I think the schools are going to be a struggle. As we go through this building and reassignment, I think it's going to be a bitter fight. And that's going to take, not just the Coalition, but a whole bunch of different disparate groups to navigate full inclusion successfully.  In addition, police community relations will require a great deal of work. Again, I think progress has been made, but it is clear that we have to do much more. Both towns have established Oversight Boards, but I would like to see collaboration between the two boards. There also seems to be some progress in hiring, but obviously, just a start.

Kelly: Changing topics slightly. The Coalition is built on volunteers and trustees that have wide networks in the community. What are some of the other groups that you volunteer or are involved in?

David:  SOMA action. (David was a founding trustee and has co-chaired the Voter’s Rights Committee). I'm on the board of the Donald Payne Foundation, which provides scholarships to students. And my church, Prospect Presbyterian Church, does a fair amount of work in the community. For example, our pastor is a chaplain with the Maplewood Police Department. And I'm active in programs to take lunches to homeless people at the train station in Newark. And our church participates in the Interfaith Hospitality Network, which houses homeless families temporarily four times a year. So, I guess it's those three.

Kelly: What do you want folks who are new to the community to know about Maplewood and South Orange?

David: I think that the integration that we are proud of is not an accident that we work at it and we have to keep working at it all the time. The other thing that's interesting to me is that our demographic study showed that black residents are equally represented in all five Quintiles of the economic strata, which is different from other communities that people think of as integrated. And I don't know why that is, but it's an interesting fact. And I think importantly, this has become sort of an artist’s community. A lot of musicians and other artists live here, which I think gives it a vibe that helps us to be more welcoming. And there's a lot to do here. I mean, I forget how many restaurants I can walk to, as well as the movie theater, live stage entertainment and other such things. And the same is true in Maplewood. It is really you can walk places you want to go.

Kelly: Anything else that you want to share or that you would want to say either about the Coalition or about the community that you think is really important for people to know?

David: I think it's a lively place to live. And when you go out, you see a lot of people everywhere, and all kinds of people. When my kids were in middle school and high school, I used to tell the joke that if I cared what my children's friends were, rather than who they were, I would go crazy. Because I can't tell you how many races and nationalities passed through my house. I think going to public schools in our Two Towns has made them better people.