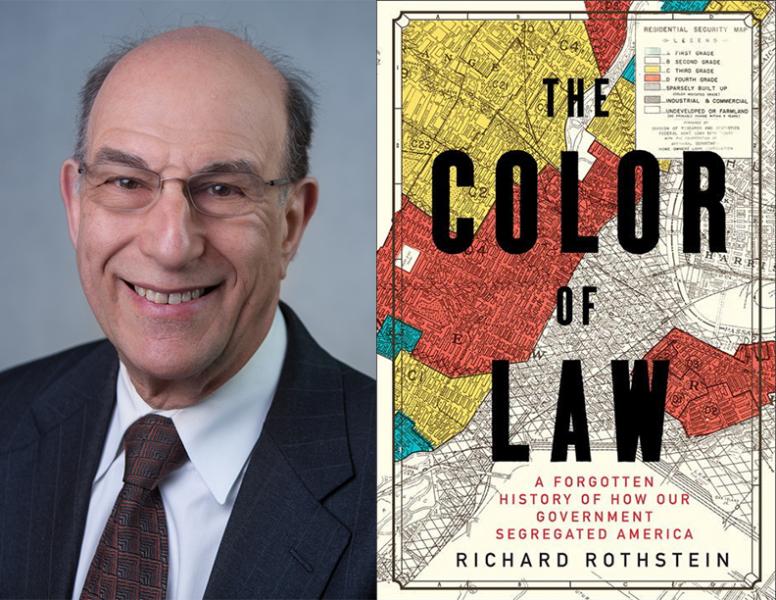 In his book The Color of Law, A Forgotten History of How Our Government Segregated America, Richard Rothstein shows how federal, local, and state government policies created and reinforced the racial segregation that persists today. During the talk hosted by [words] Bookstore in Maplewood, Mr. Rothstein made the distinction between de facto and de jure segregation. De facto segregation--residential segregative patterns were created by people's choices about where to live-- is a myth. He made the case that segregation is de jure-- the result of specific government policies that created distinct White and Black neighborhoods.

He argued that we need "a new civil rights movement" to create lasting and stable racial integration. Without such a movement, the policy changes necessary to undo a long history of promoting segregation won't happen. Some of the targeted remedies he noted that have potential for success are broad-based affirmative action in providing affordable to people of color in suburbs, rent control, freezes on property taxes, and eliminating exclusionary zoning. He also put special emphasis on integrated neighborhoods as the best way to eliminate the academic achievement gap.

Below are some resources Rothstein suggested for further information and education:

We are grateful to Jonah Zimiles, owner of [words] Bookstore for hosting this author event and including the Community Coalition on Race.