Speak Up Against Racial Violence and White Supremacy 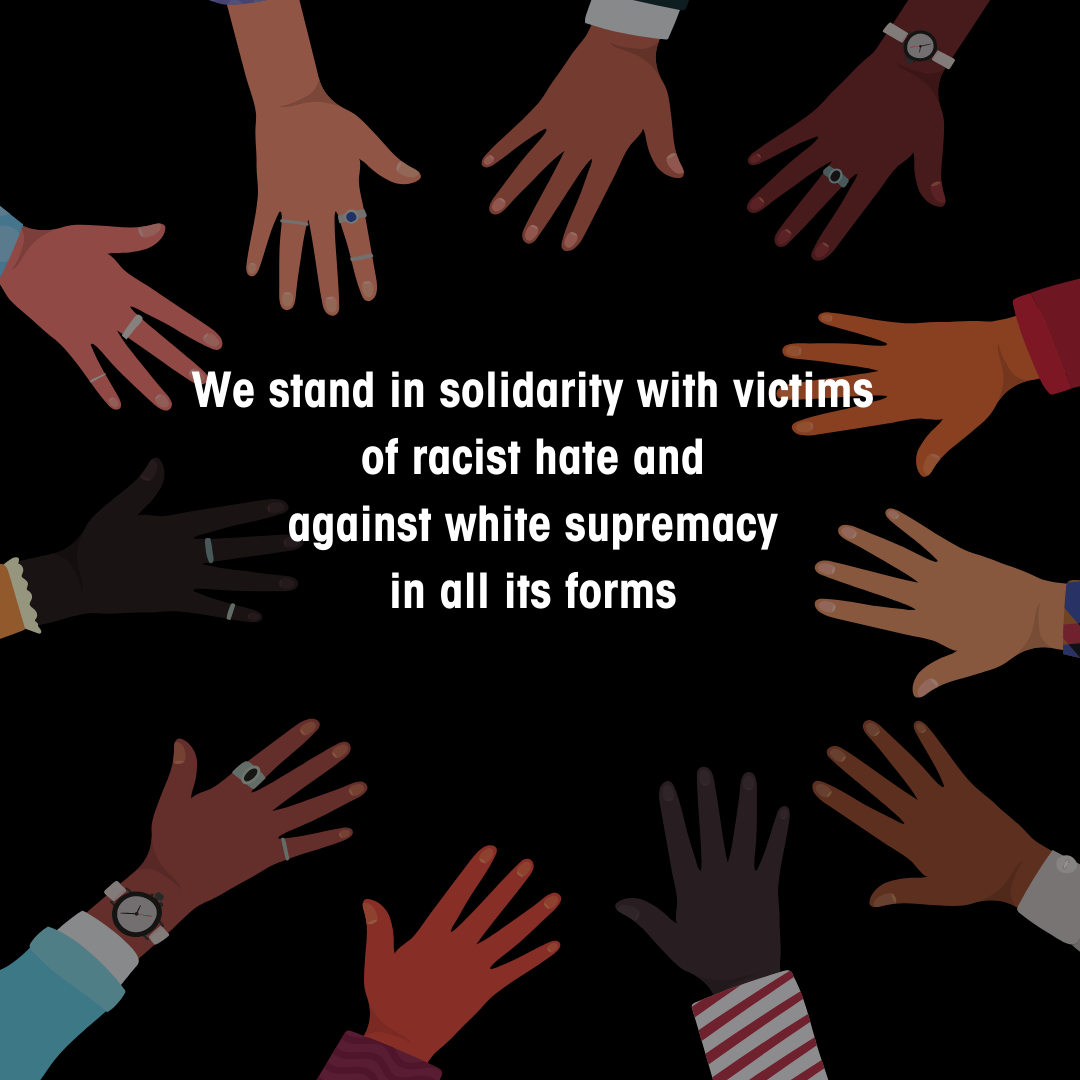 We are once again saddened and outraged over the racist hate that provoked multiple separate shootings that targeted Korean Americans in Dallas and Taiwanese Americans in Laguna Woods, California, as well as the mass shooting in Buffalo over the weekend. These are acts of racial terrorism. The self-avowed white supremacist in Buffalo took the lives of 10 people and injured 3 others in a neighborhood supermarket in Buffalo which he targeted because it is a Black community. The hate-filled, racist culture of white supremacy holds that the ideas, beliefs, and actions of white people in any and every sphere are superior to those of any other group, and that this superiority is threatened by the growing presence of all people of color and non-Christians. This violent white supremacist and antisemitic culture puts racially/ethnically cohesive communities as well as those those that are segregated at special risk. Nevertheless, every community—even a diverse and integrated one—is vulnerable to the violence perpetrated by white supremacists and to white supremacist messaging.

Moreover, the racial terrorism of white supremacists is increasingly stoked by the ‘great replacement theory’—the racist, xenophobic, and antisemitic paranoia that there is a plot to change the racial mix in the US in order to undermine or “replace” the political power and culture of white people of European and Christian descent. This ‘theory’ was the force behind multiple mass murders over that last decade (El Paso, Pittsburgh, Christchurch, Charleston). It should be cause for alarm that a baseless conspiracy theory which claims there is a plot to replace white people through immigration support and other population control measures has gained a frightening momentum and appeal in news media and among mainstream politicians.

We call on leaders to denounce this specious ‘great replacement theory’ and acknowledge that racial terrorism is fueled by deception and inaction. Those who support white replacement and other racist theories, either explicitly or implicitly, in media, on social media platforms, in government, businesses, or in leadership roles in our communities are responsible for the hatred and consequences from such that are afflicting our country. Allies who oppose such racism must stand up and take concrete actions to change the unacceptable state of affairs for marginalized people in this nation.

At the community level, we must be willing to name white supremacist violence, identify it, understand its nature and scope, understand what the messaging is, and be aware of the signs of engagement. As an organization we commit to countering misinformation and to developing individual and communal anti-racist practices. This entails taking action against the banning of books, the censorship of educational discussions dealing with race, and efforts to manipulate Critical Race Theory to undermine efforts to teach the truth about history, race, and racial injustice—movements in many communities that embolden and support racial violence. We implore individuals within our community to join us in this commitment. Begin by learning more, having these conversations at home, and stepping up to confront racist falsehoods in your social groups.

View our Journey to Anti-Racism: Deepening Our Commitment videos and slide presentations here.

The Executive Committee of the Community Coalition on Race