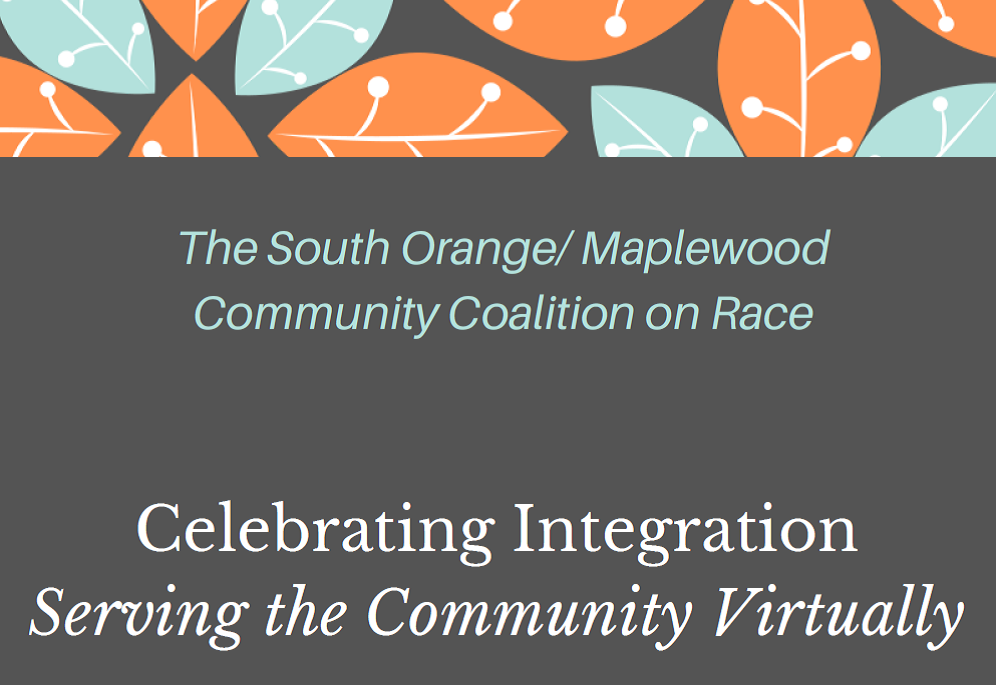 We were together virtually for the 2020 Celebrating Integration annual awards fundraiser! Fun and dessert was had by all who gathered to honor Meredith Sue Willis for her over two decades of work as a founding member, trustee, former chair, and current co-chair of the Schools Committee.

The festivities included a video overview of the work of the Coalition throughout 2020, the voices of CHS students from The Power of One MLK presentation, and tributes to Ms. Willis. We toasted virtually using Coalition glasses and had dessert (provided by Palmer's Sweetery) that were delivered to the doorsteps of attendees in the afternoon. It was truly moving to hear Ms. Willis' acceptance speech read it below!); she has real insight into what has worked over the years, where we need to continue to push hard, and the need to respect the mission and the intention of Coalition. After a toast and virtual applause, we played a really fun and very competitive MAPSO/SOMA trivia game. And attendees really stepped up to support the Coalition with more donations during the event to fund our growing virtual community outreach.

We are grateful to all who joined in the fun! Have a look at the the Commemorative Journal here where you can read bout Meredith Sue Willis, and see all the people who contributed to making this event such a success.  Below are some pictures, and--for those of you who are still wondering about your trivia answers--the answer key is also below. 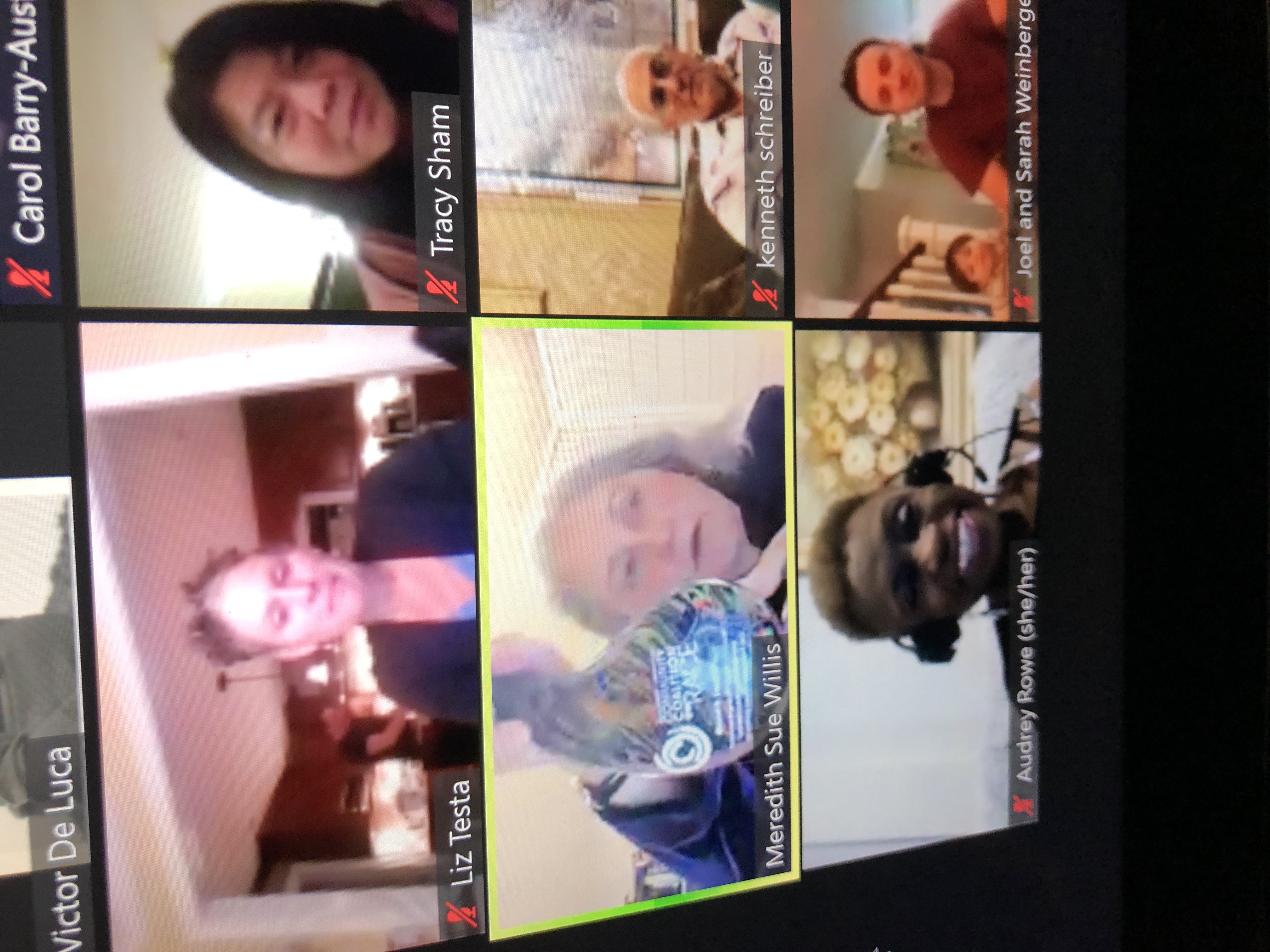 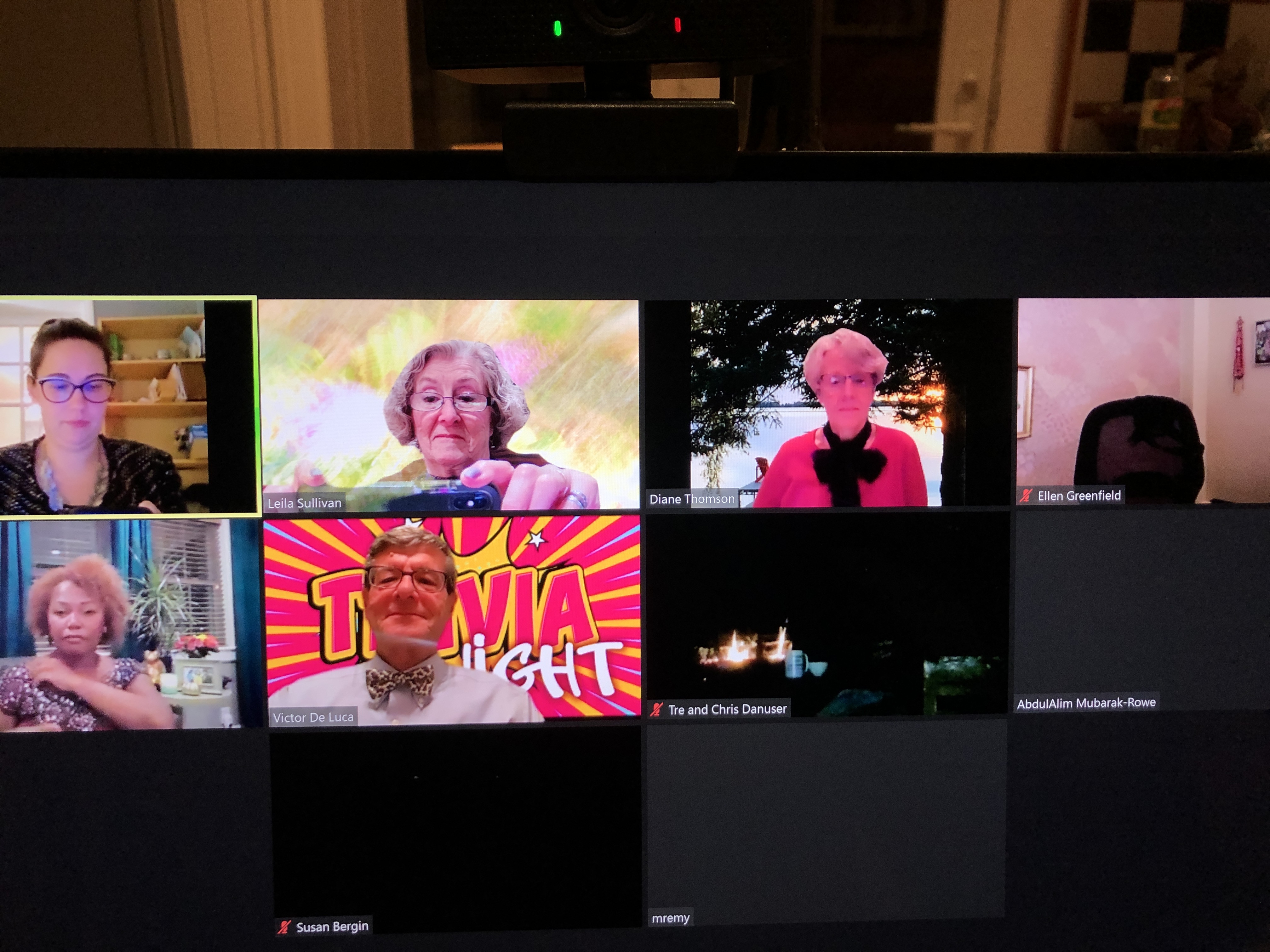 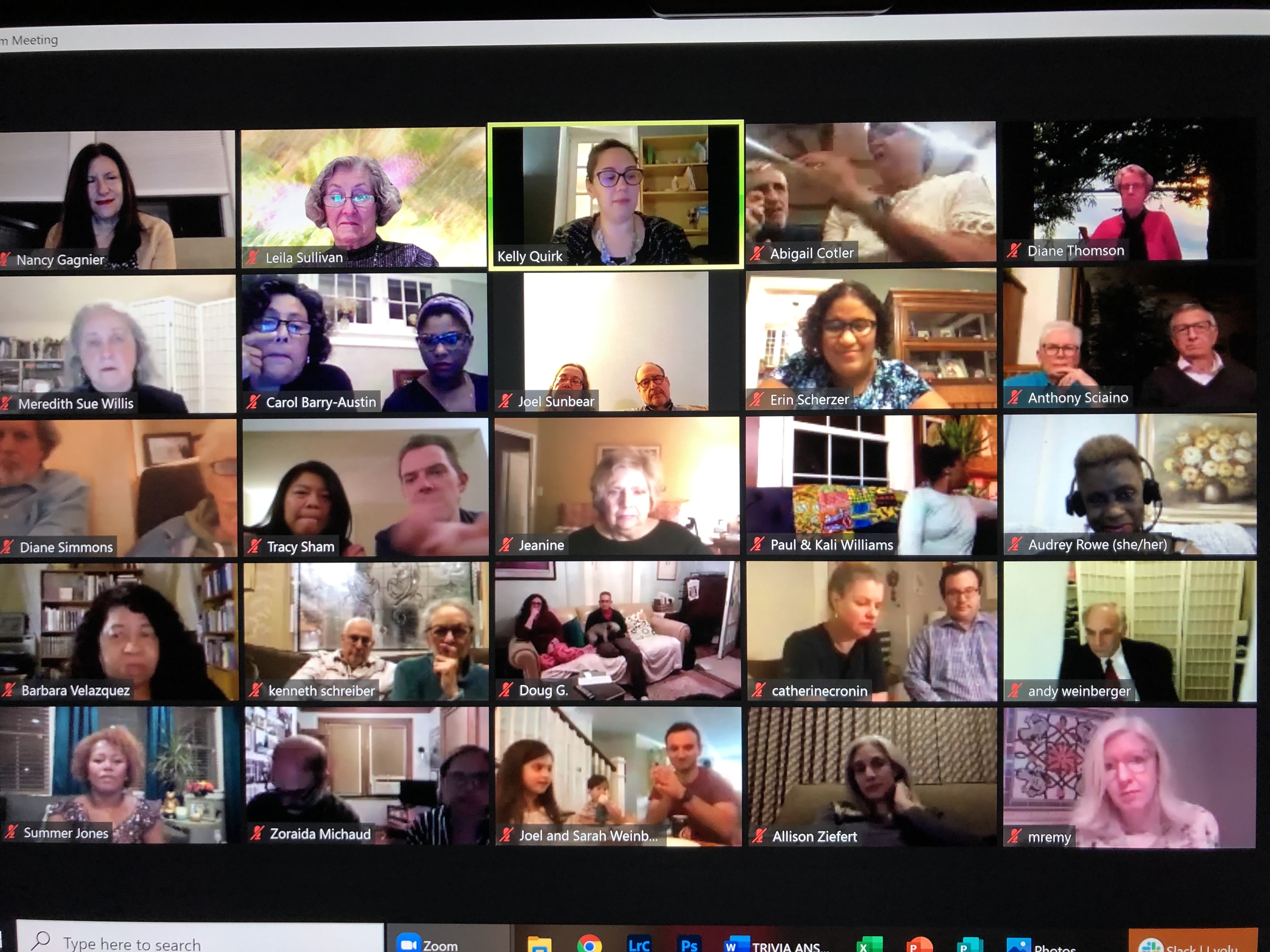 Just a few of the faces on the virtual event! 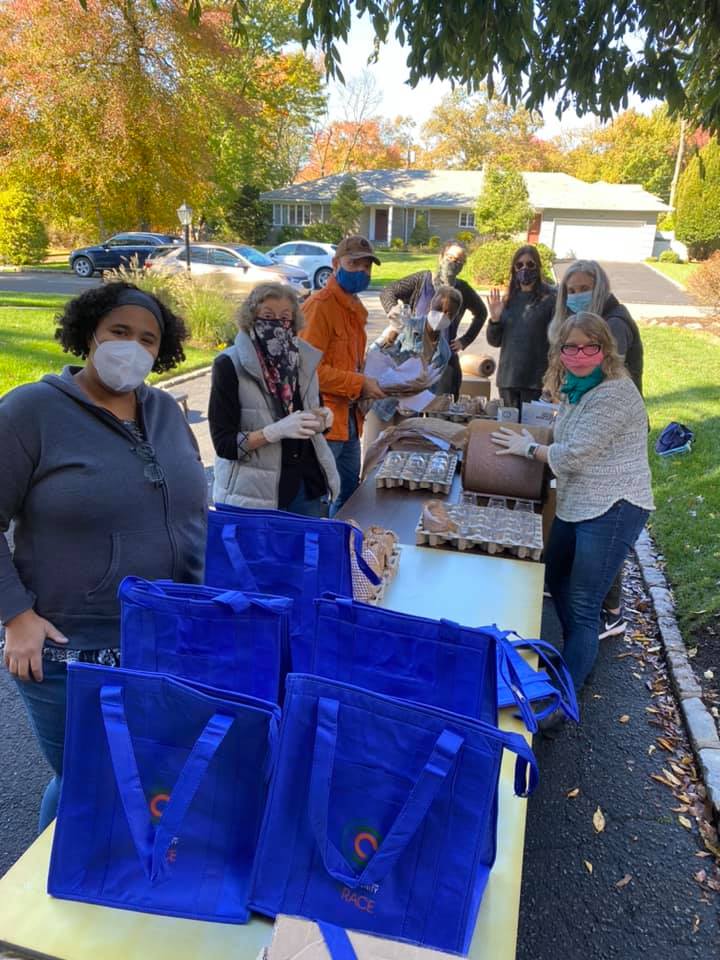 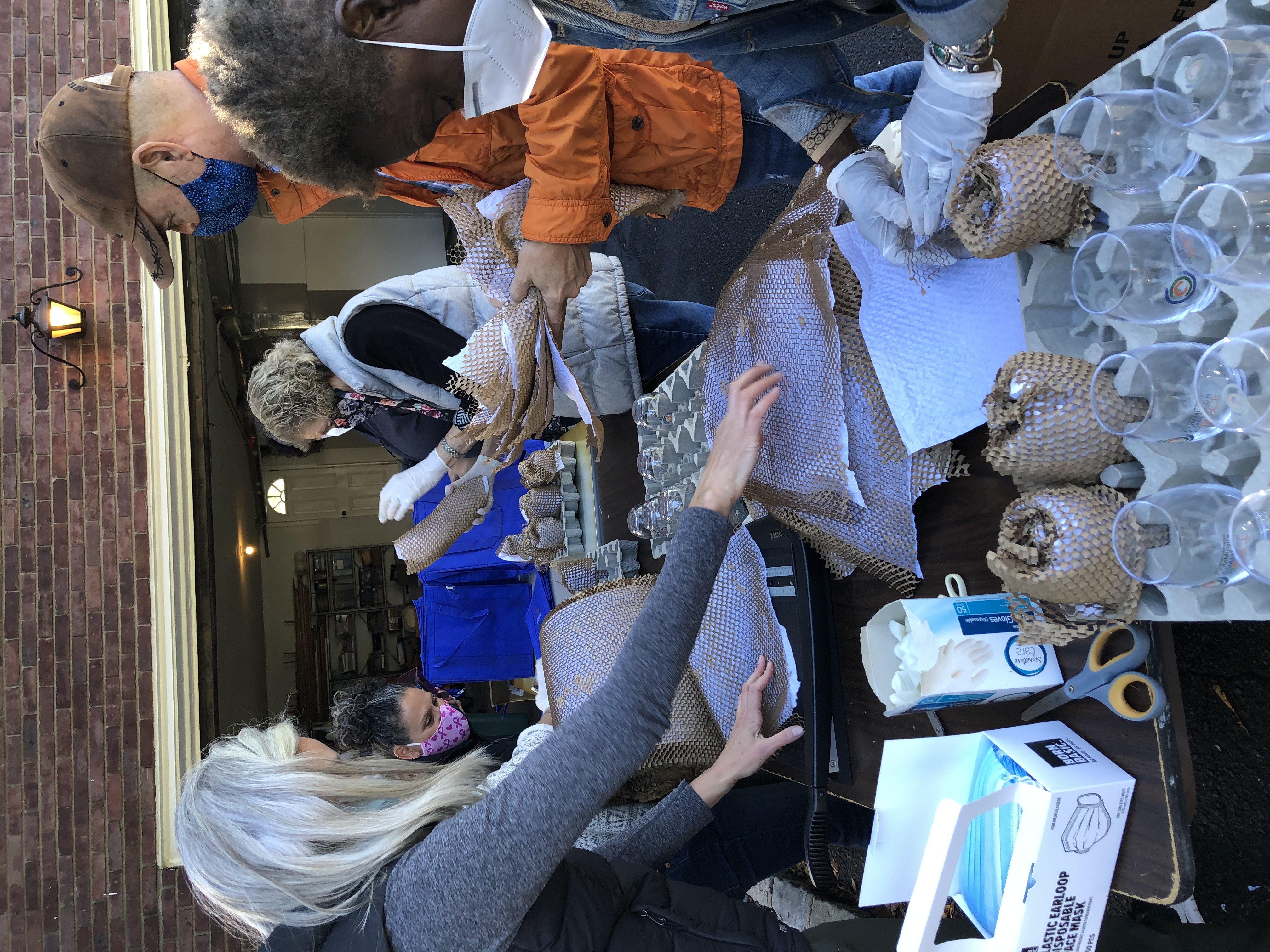 I am deeply grateful to be honored by the South Orange/Maplewood Community Coalition on Race.  This is the organization that has taken most of my political energy for more than twenty years, so the sense of being appreciated is particularly sweet.

I'd like to say a few things about what I have learned from my years with the organization, and a little about what I learned before I joined it.

– First, as many of you know, I grew up in a family of school teachers in West Virginia. I was also bred up in a Baptist church where we valued powerful language (the King James Christian Bible), public speaking, and the ideal of doing good for others.

– I spent a year during college trying to do good as a VISTA volunteer where I saw urban poverty at first hand and learned my first big political lesson–about getting into good trouble. We VISTAS were praised and put on local TV for taking little children on trips, but when we tried to empower people to have what they wanted–cheap groceries– we were called communists and forbidden to set up a buying club for wholesale groceries by the business people who ran our poverty agency.  Luckily, a little church (go Baptists!) look over the buying club, so people did get their cheap groceries. This gave me an insight about self-interest, which undergirded both the local business community opposing us, and the people taking action to empower themselves.

– My next big political lesson was at Barnard College/Columbia University in NYC. I was part of large meetings of students where I learned the political importance of showing up and staying late.  The people who always showed up and stayed longest at meetings made the final decisions.

After a number of years living in New York and Brooklyn, mostly working as a writer-in-the-schools, I moved with my husband Andy and our two year old son Joel, to New Jersey.  We chose a town that appeared, aesthetically at least, to be perfectly integrated–that is, you could see three boys on a corner tossing a ball: a white one, a black one, and a brown one.  It looked so perfect, and yet the two towns were at that moment, the early 1990's, in the midst of serious demographic change.  Older, working class white families were moving out, and young families of color who wanted excellent schools for their children were moving in.  Some white people, and affluent people of color, were fleeing out of fear.

–I had always thought of myself as helping people at the macro level–big issues, national and global–but now I was working in a hyper local grassroots group, South Orange/Maplewood Friends and Neighbors.  The lesson I learned this time was that you have to be intentional and work hard to keep integration.

–Also, we did that work not only with people who voted in the same column as we did. Some of us were primarily interested in property values, and some just loved their hometowns, Maplewood and South Orange, and some of us saw ourselves on the front in the battle against racism.

– One of the big things I learned was that no one wanted or needed my sympathy: I wasn't reaching down to give a helping hand to the grateful destitute.  I was working with people who had more education and bigger salaries than I did, people who welcomed me not as a do-gooder, but as a comrade in the struggle for all of us together.

The two governments of South Orange and Maplewood created an organization,  the Racial Balance Task Force–which we eventually renamed, after emotionally exhausting discussions, the South Orange/Maplewood Community Coalition on Race.  The miraculous thing about this organization has been its relative success. The success was such, in fact, that the organization, and the two towns, are now faced with a new problem of integration: fewer African-American families are choosing to live in the towns. The school district is suddenly majority white after many years of being majority of color.

It is also disturbing that many of the same problems with equity for students of color that we were struggling with twenty years ago still exist.

– All of this has been deeply engaging and important for me, but my biggest lesson was that I realized I was staying with it because of the relationships.   The other people kept me going.  Thus I want to end by mentioning a very few names, hoping they will stand in for scores of others.

–My husband, Andy Weinberger, who went to work everyday while I was able to work part-time at low pay, write my novels, and do my social justice work.

– My son Joel Weinberger who spent a lot of evenings as a little boy without his mother at home with him. She was out at Coalition meetings.

– Fred Profeta, from whom I learned about local power politics.

– Robert Marchman, from whom I learned of the struggles of the parents of black children to get the best from our schools– even when both parents are affluent professionals.

– Barbara Heisler, who showed me that imagination can lead to real programs and changes, not just poems and stories!

– and finally, Carol Barry-Austin, whose organizational skills and powerful love for everyone's children have been an unending enrichment and inspiration for me.

– Thanks also to the present leadership, and the staff, Nancy and Audrey.

May the work of intentional integration continue to flourish until it is–at long last– no longer needed.