Encouraging conversations on race has been part of our organization’s mission for nearly 20 years. We believe that when we talk about race, we have the opportunity to increase understanding, build relationships across racial and cultural divides, and thus create a stronger community. Our annual event is a community-wide conversation on integration, inclusion, and race-related issues of concern to our community and our nation. 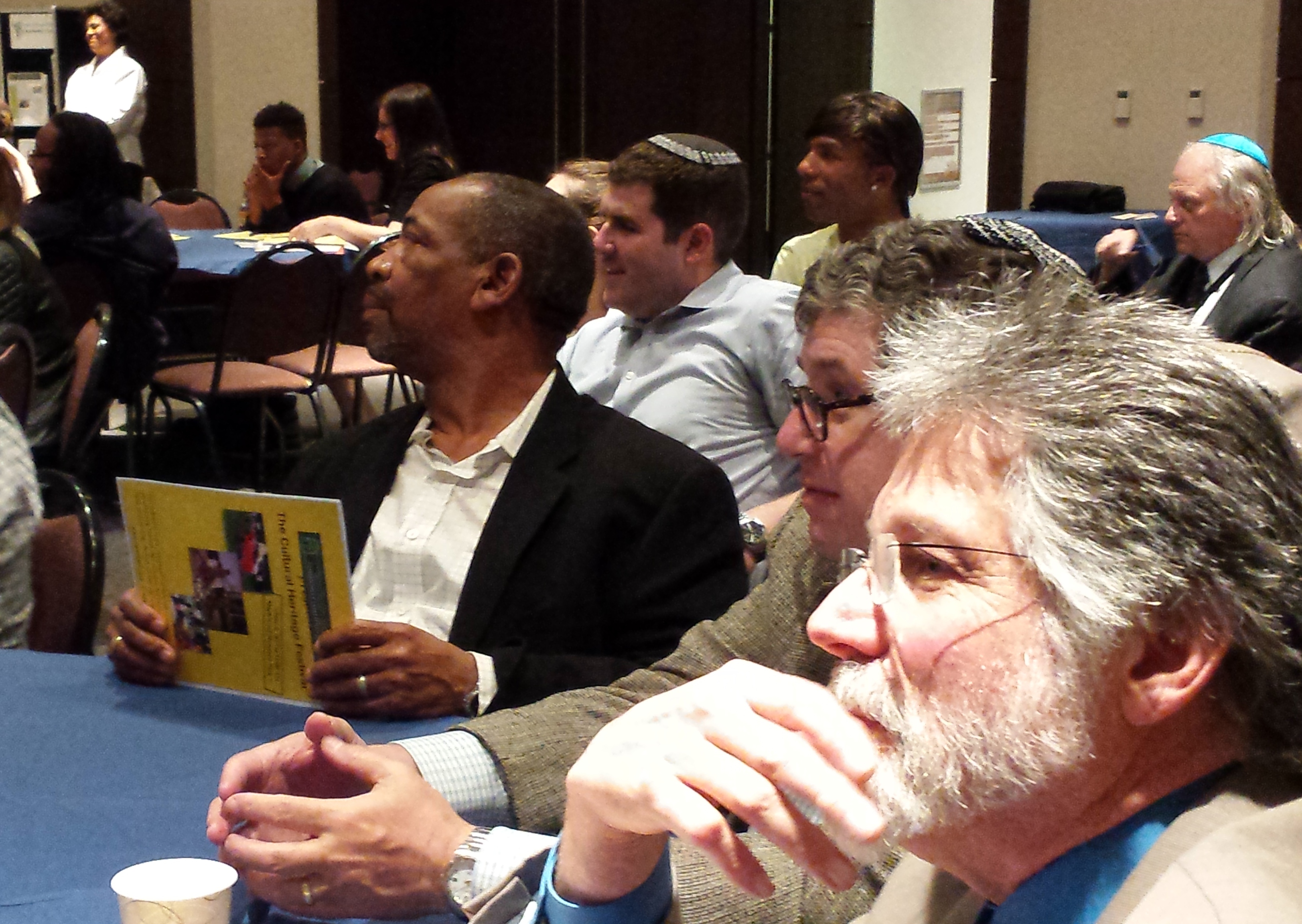 The catalysts for the discussions have taken a variety of forms over the years—from panel presentations, to expert speakers, to a documentary film, and to dramatic reenactments. The goal is always the same: to bring residents together in a safe space for facilitated dialogues where we get to know one another, learn, and develop potential solutions. Below are the Conversations on Race topics from the last several years and links to more information, including in some cases further reading on the topic.

2021 Conversations on Race: Racial Justice and Education Jesse Hagopian led our virtual conversation on racial justice and education. He is a teacher, author, activist, and public speaker whose focus is educational justice. Jesse Hagopian teaches Ethnic Studies and is an editor for the social justice periodical Rethinking Schools, and is the co-editor of the books, Black Lives Matter at School and Teaching for Black Lives.

2020 Conversations: Combating White Supremacy  The Community Coalition on Race in collaboration with Seton Hall University and with a grant from the New Jersey Council for the Humanities welcomed author and professor Jelani Cobb to present on the topic of white nationalism.

2019 Conversations: The Invention of Race  Dr. Nell Irvin Painter spoke to nearly 200 participants about the invention of race and the various historical contexts of creating racial identities. Professor emerita at Princeton University and author of New York Times bestseller The History of White People, Dr. Painter discussed both the invention of race and also the frequent praise of “whiteness” for economic, scientific and political ends.

2018 Conversations on Race: Defining Integration in the 21st Century Led by Elizabeth Williams-Riley, CEO & President of the American Conference on Diversity, we considered what integration means in our community, the region, and the nation in light of changing demographics and persistent barriers to true inclusion.

2017 Race & Privilege: Raising Consciousness to Address Racial Inequities The panelists, including Khadijah Costley White, David Troutt, Demelza Baer, and Jane Bleasdale discussed how privilege plays out in economics, education, housing, the criminal justice system and other areas of our daily lives.  Participants will break into small groups to hold candid, facilitated table discussions using suggested starter questions, and then each table will formulate strategies and solutions to counter privilege and share their solutions with the entire group and with the panel for comment,.

2016, Dr. Beverly Daniel Tatum spoke on race relations in a period of changing demographics. Dr. Tatum is a clinical psychologist, professor and most recently retired as President of Spelman College, and author of Why Are All the Black Kids Sitting Together in the Cafeteria? and Assimilation Blues: Black Families in a White Community. She spoke before a huge crowd about racism, privilege, and taking action on racial integration and inclusion in a time of anxiety.

2015, Facing Everyday Racism Professor Michael Jeffries, author of Paint the White House Black: Barack Obama & the Meaning of Race in America led our community discussion of unintentional expressions of bias and prejudice. This year’s forum will helped us come to terms with daily experiences of bias and stereotyping that are more subtle than the language of traditional, overt racism. We learned about the concept of microaggressions–a term used to describe the unconscious and unintentional expressions of bias toward people who differ in race and culture and also gender, sexual orientation, people with disabilities.

2014, Implicit Bias: Who Me Most individuals, groups, and even institutions explicitly renounce racist, homophobic, sexist, ageist, etc. beliefs. But implicit biases operate at an unconscious level and are influenced by our cultural environments. How do we recognize implicit bias? How do our implicit biases influence our relationships in the community? How can we can resolve to become more aware of how we make decisions, and if and when implicit biases may be at work in that process? How are implicit biases at work in our lives and how can we create change? These were some if the issues addressed after a presentation by Elizabeth Williams-Riley of the American Conference on Diversity.

2013, How Are We Doing? This forum was an open dialogue about how the Community Coalition on Race can best benefit our community. It began with brief talks by two Community Coalition on Race leaders—Executive Director Nancy Gagnier and Board Chair Fred Profeta. Then the question was put to attendees about how the Coalition can best move forward to build a community in which people of different races and ethnicities live together, interact, form friendships, and participate fully in all aspects of community life. While the Coalition will always be true to its mission of racial integration and true inclusion, the organization wanted to be responsive to emerging integration issues as discussed by residents.

2012, Growing Through Our Discomfort It’s often difficult to talk about race-related issues.  Attendees first listened to some provocative and pointed ideas about stereotyping, race relations and the language we use by community leaders Barbara Heisler and Dr. Khalil Muhammad. Some of the ideas discussed were that we need to model social integration and get to know people on a more personal level; we need more moral courage to discuss topics like white privilege and the false narratives that continue to beset people of color even within an integrated community; there are still barriers to integration in a diverse community; we need ongoing dialogues to educate people and more social opportunities to develop relationships across racial lines.

2011, Who Are We Now? Andrea Torrice, director of the film The New Metropolis, presented this documentary as a catalyst for our dialogue about the benefits of intentional integration. She used compelling, personal stories in her film to facilitate a national dialogue on intentional integration and how it helps communities handle demographic and economic change.

2010, Some of My Best Friends Are…This Conversation on Race included a series of improvisations performed by Dreamcatcher Repertory Theater that depicted real stories collected from the community about awkward, challenging, or painful situations experienced  by residents. This was followed by small group discussions on the successes and challenges of social integration.