We could not be more excited to announce that the documentary Power of One by Columbia High School filmmakers Alex Ferrandiz, Ujun Ike, and Sage Johnson has won the Grand Jury Prizes in both the Social Impact and Documentary categories at the Montclair Film Festival. The documentary was produced for the Coalition on Race's Dr. Martin Luther King, Jr., Observance, the theme of which was the 'power of one.' These CHS students created something truly special: a film that highlights the voices of high school students sharing their thoughts and experiences with racism, hate, white supremacy, privilege, and their visions of change.

The MLK Observance planning committee for the 2020 observance worked to engage youth of all ages on every level in our programming, from preschoolers carrying peace luminaries to high-school activists sharing poetry, personal statements, and dance. The emerging filmmakers were asked to create a memorable documentary with the event's theme of the 'power of one' for the opening of the event. The students were asked to consider the messages of Dr. King in an era in which we are experiencing a rise in white supremacy and hate crimes, document how it impacts their day to day lives, and address how they can make a difference.

It was a lot to ask of high school juniors and seniors. The committee asked them to take risks in personal messages and they had to complete the video in just over two months. The response at the MLK Observance and in the weeks after was so positive: the community truly appreciated hearing from students who are poised to carry on the fight for racial justice. 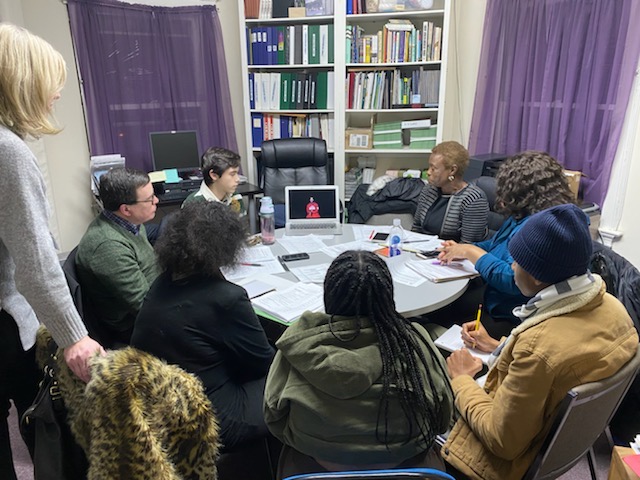 Once again, congratulations to Alex Ferrandiz, Ujun Ike and Sage Johnson. The Coalition on Race trustees and volunteers are thrilled that they are committed to working aong with us as well as the SOMA Against Hate Collective. The MLK planning committee agrees that it was a real privilege to work alongside these students, whose commitment and respect for the importance of the event was inspiring.