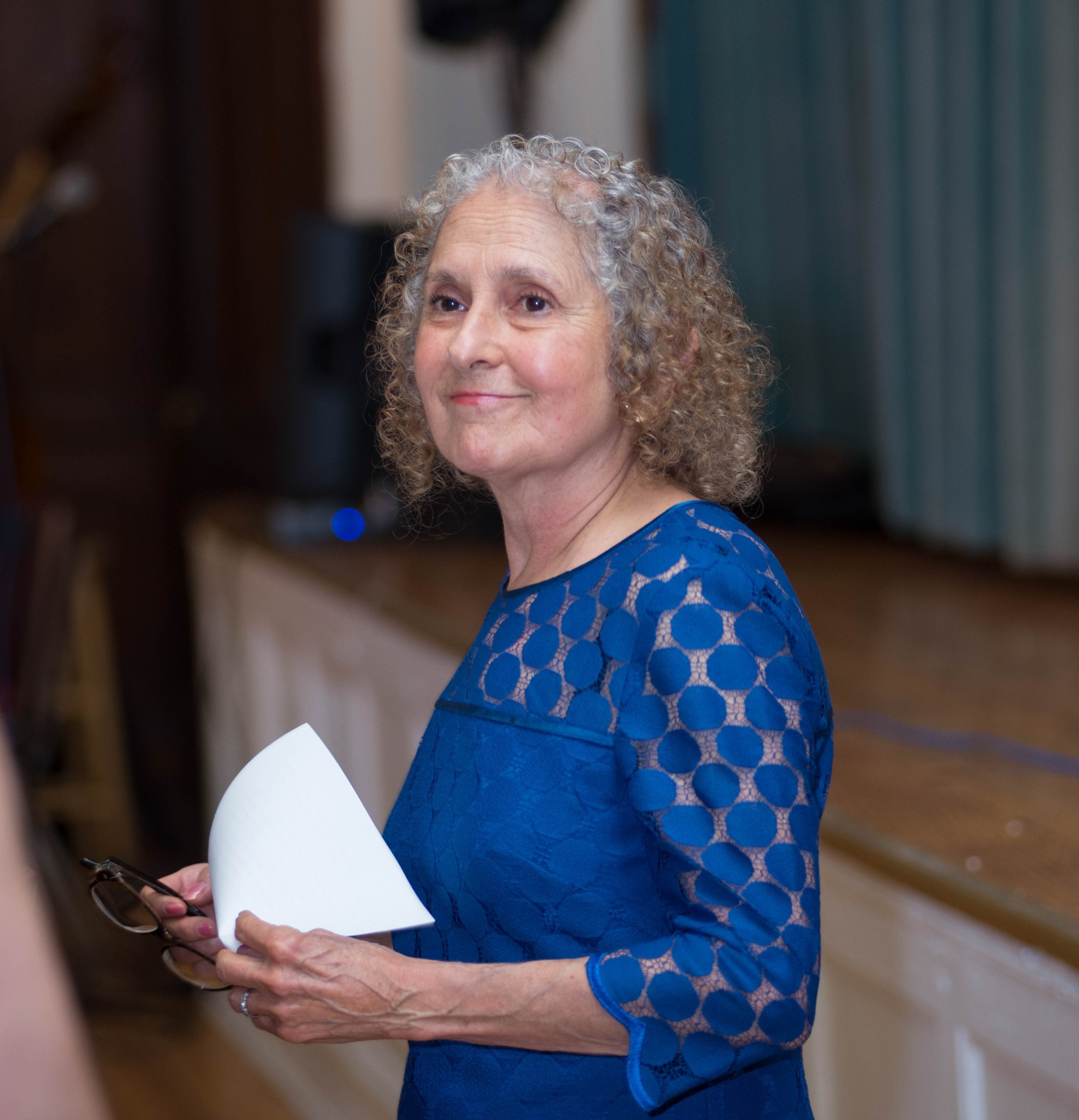 We are saddened by the death of Carol Buchanan who was a dedicated volunteer, teacher, librarian, and all round wonderful person. She, along with her husband Jim, was one of the Coalition's Celebrating Integration honorees in 2017. She had a strong commitment to the Hilton neighborhood and support of the mission of racial integration and inclusion, which, among so many other things, will be deeply missed. Read more below about Carol as we wrote about her in 2016. The memorial details are: Tuesday, June 18th, 2019 11:30 am at Menorah Chapels in Millburn.

Carol Buchanan has loved living in Maplewood for over forty years. When she began to get more involved in Maplewood’s community life, she joined the Memorial Library Board of Trustees which has been a very fascinating and exciting experience. The Library serves such an important role as the center of our community.
Twenty-two years ago, she was one of the founders of the Hilton Neighborhood Association and is currently the president. Carol has continued to enjoy working to keep the Hilton neighborhood a vital and lovely place to live. Among its many projects are forums for the Township Committee candidates and the Board of Education candidates, as well as a garden on Prospect Street and neighborhood garden and holiday awards for residents.
Carol spent her professional career as both a mathematics teacher and children’s librarian in Rutherford, East Orange and Bedminster. She earned her undergraduate degree in Mathematics Education at Montclair State College, and later earned her Masters of Library Science degree at Rutgers University. While working as a school librarian in East Orange, she served on the Head Start Board of Directors for several years. In her last position in Bedminster, she was recognized as “Teacher of the Year” by the Bedminster Board of Education. After retiring, she worked at the Westfield Public Library as a children’s librarian, taught mathematics at Union County College.
For many years, she has served as a volunteer tour guide for the Coalition for prospective home buyers and for new teachers in the Maplewood/South Orange school system.
Jim and Carol have one daughter, Rebekah, who works at the National Institutes of Health, lives in Bethesda, Maryland with her husband Rabbi Greg Harris and three children. Carol’s husband Jim grew up in Maplewood, and they both feel truly blessed to have spent so much of their adult lives here. They purchased their small home in the Hilton area as a young family. It now serves as their retirement home as well.