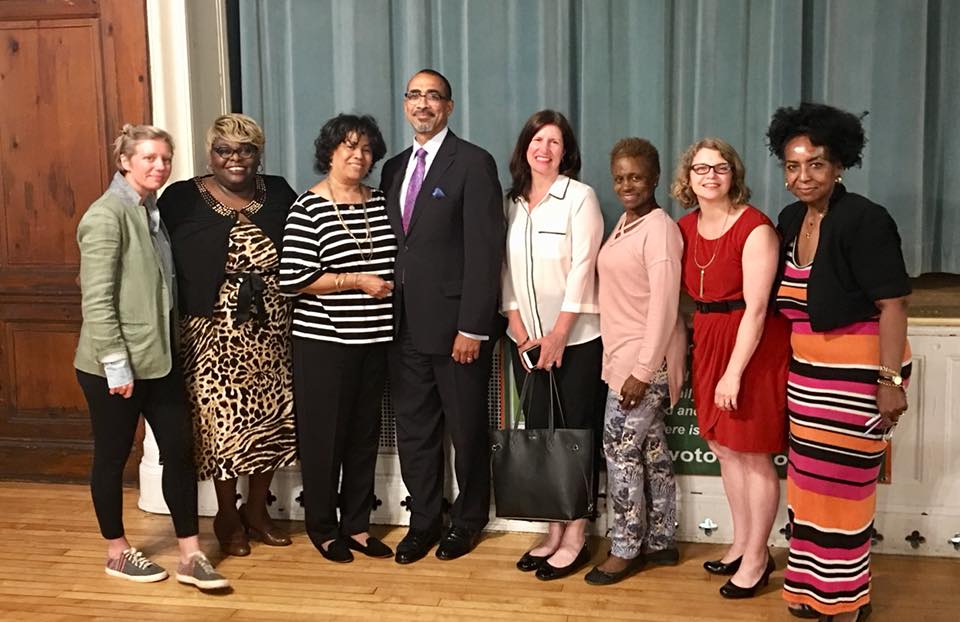 Over 100 people came out to discuss what we mean by integration in the 21st century during the annual Conversations on Racehosted by the SOMa Community Coalition on Race. They were challenged by powerful moderator Elizabeth Williams-Riley of the American Conference on Diversity to rethink what integration means, to consider the obstacles to achieving it, and to identify pathways for achieving it. The attendees had small group discussions that were full of energy and ideas. People worked on developing both personal action steps and recommendations for the community to improve racial inclusion in SOMa.

Elizabeth started the evening by reminding the audience that the integration struggle is real—the country has been at work on it for nearly 150 years, and has faced many failures. She noted that we have to reimagine what integration is and develop a stance of conscious inclusion in all parts of our lives. We have to take ownership of our segregation in New Jersey and in our country and not allow diversity to be a substitute 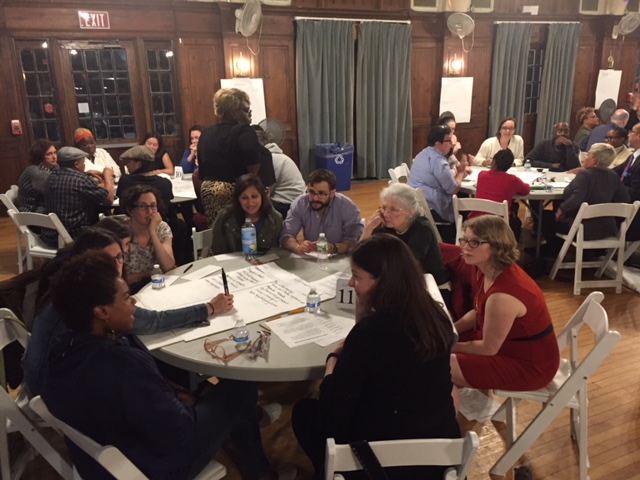 for true integration. We need a real focus on and real action steps toward inclusion. This means acknowledging white privilege, our biases, and the systemic racism that prevent integration.
Following this powerful beginning, the attendees discussed what they believe are the barriers to integration for themselves and for the community, which included (but not limited to) fear, implicit bias and not 100% understanding the benefits of true integration. After sharing ideas, they developed lists of obstacles with corresponding ideas for overcoming them. They also wrote down personal action steps—things they promised to do in their own lives. These actions were put in envelopes that will be mailed back to each attendee as a reminder of the promise.

Elizabeth Williams-Riley shared, “There is a baseline of insight that anybody or community interested in moving towards

integration really has to understand: the knowledge of history, values, traditions, and practices of cultural roots are important; the knowledge of the impact and dynamics of implicit bias, prejudice, privilege, and discrimination has on the behaviors and attitudes of individuals of those experiences; the knowledge of institutional policies and practice that are in conflict with cultural groups and even faith-based groups in which they service. We must recognize the ways that groups’ values may be in conflict with or may accommodate the needs of underrepresented populations.”The groups shared with the whole room their concerns about integration in SOMA and named actions to be taken. Here are some of the common concerns: lack of school integration because of zoning; lack of equity among schools because of resources; classroom segregation at the high school because of the leveling system; not enough social integration opportunities for people of all ages for personal and systemic (residential patterns) reasons; exclusion of people of color from leadership roles like the PTAs; general lack of knowledge of Black History in the community and poorly taught in the schools; ongoing biases reflected in community interactions—among neighbors and people in critical roles like the police. The planning is creating a complete list of the obstacles and potential solutions to share with the broader community and with the institutions and leaders who can work on change.
Encouraging conversations on race has been part of the Coalition on Race’s mission for over 20 years. The goal is always the same: to bring residents together in a safe space for facilitated dialogues where they get to know one another, learn, and develop potential solutions. The Coalition believes that when people talk about race, they have the opportunity to increase understanding, build relationships across racial and cultural divides, and thus create a stronger community. 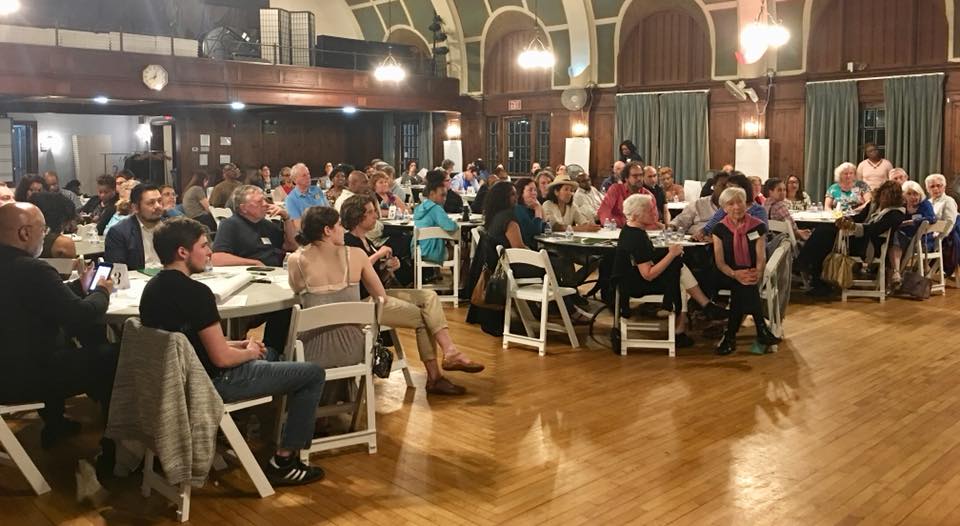